One month to go until the Opening Day of the 2017 salmon season on January 1st.

The autumn has been largely mild and dry with the occasional cold snap. Spawning is now well and truly underway with fish on the redds and lots of activity on the water.
Permit prices will remain unchanged for the 2017 season i.e.
Day Permit €25
Weekly Permit €100
Season Permit €300

Fishing will commence on opening day, January 1st, as usual at 8.30am. The tackle shop at Lareen will open on New Year’s Day from 6am and will be open daily from Wednesday 28th December.

Anglers are reminded to return your 2016 salmon licence and log book if you have not already done so. Licences can be returned to:
Inland Fisheries Ireland
Station Road
Ballyshannon
Co. Donegal

The salmon and sea trout catch statistics for 2015 have been published by IFI and are available to download here http://www.fisheriesireland.ie/…/983-wild-salmon-and-sea-tr…

The total salmon catch for the river Drowes recorded on log book returns was 872. Of these 230 were caught and released and 642 were caught and retained. Of these fish 284 were spring fish, of which 77 were released while a further 588 were grilse, of which 153 were released. The peak of the recorded catch was in June while the peak number of caught and released fish was in July.
Spinning accounted for 37% of the catch, fly fishing 30%, prawn & shrimp 15%, worm 9% and a further 9% were unspecified. 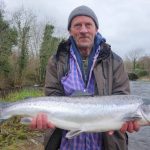 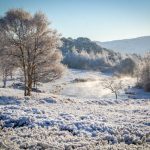 A Very Merry Christmas from all at the Drowes FisheryFishing Reports